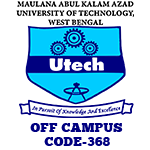 GIHM is one of select institutes offering students a 100% job bond even in today’s recessive job market. 100% job bond means each student, immediately before or after he/she completes his/her course, is provided with a coveted job. He has employment in his hands barely after completing his undergraduate course. This is windfall for a fresher.

Not only is each student, immediately before or after he/she completes his/her course, provided with a coveted job, he/she gets access to foreign placement, if so desired by him.

GIHM has its campus on the periphery of sector–V in Kolkata (business hub of Saltlake). The advantages, combined with institute bus facility, are obvious. So is the disadvantage of studying at a far-flung corner of habitation, especially if the area’s unknown to him/her.

That each student, immediately before or after he/she completes his/her course, is provided with a coveted job, exemplifies GIHM’s Mgmt’s strong hotel industry backup.

GIHM’s Management’s strong hospitality industry backup originates from its steady industry interaction for which it takes considerable pains. Shows, seminars & such other PR acts are only some ways in which such interaction’s maintained. Special relations also help it.

Experienced, if not eminent professors rule the roost at GIHM. After all, unlike cricket, here, a team’s only as good as its captain. & the professors are the captains of GIHM wards.

Like job placement, sometime before a GIHM student completes his/her course, he/she is provided with a coveted internship (industrial training – IT). Occasionally, he/she gets access to foreign IT placement, if so desired by him/her. Here, availability of that matters.

The average course fee of GIHM courses can at best be called pocket-friendly for the middle class. Course fee structures of comparable hospitality institutes in & around Kolkata bear ample evidence of the moderateness of GIHM’s course fees. Last but not least, there is some room for flexibility of GIHM’s fees in some special challenged cases.